Time is of the Essence

Time is of the Essence to Complete Two-Step Process

Proposition 51, the “Kindergarten Through Community College Public Education Facilities Bond Act of 2016” was approved by California voters on November 8, 2016, with 55.2% “yes” votes. The election results will be certified by the Secretary of State on December 16, 2016.

The $9B bond funding authorized by Proposition 51 is broken down as follows: 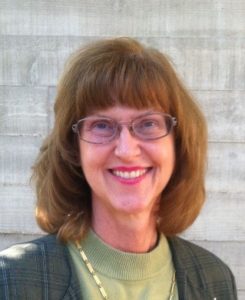 This is an historic accomplishment, since the last state school facilities bond was passed 10 years ago, in 2006. With the leadership and dedication of the Coalition for Adequate School Housing (C.A.S.H.), this bond measure was placed on the ballot using the initiative process. With a focus on capital outlay for school facilities, C.A.S.H insured that a funding stream will again be available with State funding. But there are still many questions about how and when these new 2016 bond funds will actually be available to spend on school facility projects.

Past practice with the School Facility Program state school bonds approved in 1998, 2002, 2004, and 2006 was for OPSC to continue to fully process funding applications even after the amount of bond authority of the existing bond was exhausted. These approved projects were not fundable under the existing bond authority, and so were placed on an “unfunded list.” Although there was no guarantee of future funding in the event there was no future bond or it did not pass, these unfunded list applications were the first ones funded when the next state school bond was passed. This practice was changed in 2012.

This change resulted in three types of lists being created, as listed below:

The SAB has many policy decisions ahead, such as whether the Lack of Authority List and the Acknowledged List will be used to preserve a project’s order in line, or will be scrapped and a new application submittals process required. Since SAB form 50-01 enrollment projections were not required to be submitted for projects on the Acknowledged List, these would be required to be submitted and enrollment or development variances could change or eliminate eligibility for project funding. Projects not yet built, with DSA-approved plans over 4 years old that have stale-dated, would have to have plans updated and resubmitted to DSA for approval. CDE project and site approval letters over two years old would need to be updated.

The recent practice concerning sale of bonds under existing 2006 authority has generally been to conduct a Fall and Spring bond sale. The Proposition 51 language designates a State School Building Finance Committee composed of the Governor, Controller, Treasurer, Director of Finance, and the Superintendent of Public Instruction, with input from 2 members each of the Assembly and Senate. The Committee is to determine, upon the request of the SAB “whether or not it is necessary or desirable to issue bonds…in order to fund the related apportionment” and the dollar amount of issuances. So, the timing and amount of bond sales will involve a political process.

While there are uncertainties about some details, it is clear that time is of the essence for Districts and Charter Schools to complete the two-step process to 1] prepare applications for modernization and/or new construction funding eligibility, and 2] prepare individual project funding applications to get “in line” for funding. Needs statewide far exceed the Proposition 51 funding available.

Preparing applications to establish eligibility and request specific project funding can be a time-consuming process, requiring depth of experience and dedicated effort. EH&A currently assists many Districts and Charter Schools with timely preparation and submission of these applications. Please contact EH&A if we could be of assistance to your organization as well.