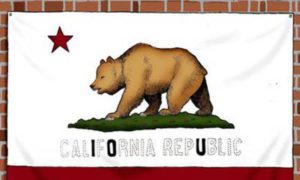 By Joan Buchanan and Lisa Gonzales
Published on October 16, 2017 for the Bay Area News Group

For school districts to meet those needs, school districts partner with the state to fund major rehabilitation projects and build new schools where needed. But today there is more than a $2 billion backlog of school construction project applications that have been submitted to the state and are awaiting action.

To understand how the funding works: School districts collect developer fees, pass local school facilities bonds and then apply to the state for matching state grant funds. Periodically, voters choose to replenish the fund that provides the state matching grants through passage of a statewide school bond initiative.

Voters value education and they understand the importance of quality school facilities. They also believe the state is an important investment partner. This was clear in 2016 when voters passed Proposition 51 — the latest statewide school bond initiative.

Because the state effectively had been out of money since 2012, school districts were left in a frustrating holding pattern: unable to move forward with school construction projects or important budgetary decisions because the state could not live up to its part of the bargain. So, when voters passed Proposition 51, districts were deeply encouraged that funds would be immediately available.

Yet one year after passage of the bond, only $400 million in Proposition 51 funds have been authorized — roughly 4 percent of what voters approved.

School districts are grateful that their communities have stepped up and done their part to raise local funds. But too many districts — all of which have invested time and resources in the planning and development of construction projects — are stuck in limbo waiting for state grant funds.

At the current slow pace, it could take up to 10 years for the funds to be fully distributed. Inflation and higher interest costs will increase the cost of construction, which means districts will pay more for less, not to mention that a generation of students could pass through our schools before construction is complete.

We can do better. The state must honor the will of the voters by authorizing a much larger bond sale in the spring – one that enables the state to fund approved projects and be a constructive and effective partner in meeting school construction needs.

You can find the original article here…

Former Assemblywoman Joan Buchanan and Lisa Gonzales, president of the Association for California School Administrators, wrote this for the Bay Area News Group.