No state help for schools hit by surge of absenteeism 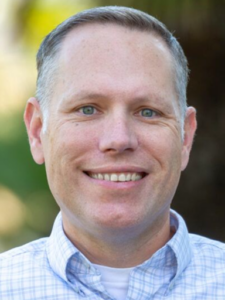 Some school leaders worry that last month’s surge in COVID-19 infections that prompted numerous student absences will cost districts millions of dollars in state funding, with no plans for relief. In January schools saw huge increases in the number of absent students and staff, many who were sick with COVID or in quarantine because they had been exposed to somebody with COVID. Several districts said 20 percent or more of their students were absent on any given day. Yet, despite significant staffing shortages, schools in San Diego County overwhelmingly managed to avoid closures.

That may cost them. Because state school funding is distributed through a formula that is based on student attendance, schools are expecting significant financial losses from January. According to state rules, the only way schools could recoup funding lost due to last month’s absences was if they had required the absent students to complete independent study work at home. Some school leaders are not happy about it.

David Feliciano, superintendent of La Mesa-Spring Valley School District, which has about 11,000 students, said it seems counter to common sense. “The messaging is crazy, because we’re out here saying that COVID is a serious thing … but, oh, hey, if your kid’s sick with COVID, here’s all your schoolwork to do at home,” he said. “We never give sick kids homework, because they’re sick.”

Before COVID, La Mesa-Spring Valley’s average student attendance rate was about 96 percent. During COVID it dropped to about 90 percent. Then in January, it fell to 81 percent, and some days it hit 78 percent, Feliciano said. The increased absences in January will cost La Mesa-Spring Valley about $1.2 million, he said; for the year it could lose $6.7 million due to attendance.

“That’s terrifying. That would be something that would take us years and years to recover from, if the state didn’t find a way to make up that difference,” Feliciano said.