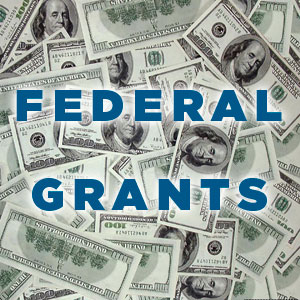 For certain improvements, districts could qualify for federal funds

By Eric Hall and Adam Kaye

Can the federal government help pay for school improvements? The answer might be yes.
Every year, the Department of Housing and Urban Development apportions funds to counties and cities to award as Community Development Block Grants. In general, CDBG funds pay for capital improvements on public land or facilities where at least 51 percent of residents receive low- or moderate-incomes, according to the federal government.

What does this mean for school districts?

In one hypothetical scenario, a school in a rural area serves as an important hub of the community. During after-school hours, its playgrounds and ballfields provide park space. A community planning group holds its meetings in the multi-purpose room. In this sparsely-populated area, the school is the closest thing to a community center. At this school, however, the playground and ballfields need replacement, and in a meeting, public speakers and planning group members ask how to make that happen. All eyes turn to representatives from the school district and county department of public works. Soon, the school and county officials are collaborating to prepare a CDBG application for playground and ballfield improvements.

In another possible scenario, streets, sidewalks, crosswalks and a storm drain near an urban school need repairs. So school facility planners and city officials work cooperatively to tap the federal grant program for a “Safe Routes to School” project.

Could your project qualify for a CDBG?

Marco de la Toba, a program analyst for the County of San Diego’s Department of Housing and Community Development, says that school districts must align their application with the goals of the county or city from which the grant is solicited. The strongest applications also include project-ready plans.

“An understanding of funding goals for your school’s host city or county, and showing a nexus to those goals, is important when preparing that CDBG application,” De la Toba said. “So is showing bang for the buck, as well as evidence of in-kind activity or matching funds that the district could bring to the project.”

To meet eligibility requirements, school districts or any other applicant must show that at least 51 percent of residents in the surrounding area, and at least 51 percent of the people served by the project, would qualify as low- or moderate-income. Some projects qualify by showing that they serve a “limited clientele,” such as people who are elderly, homeless or disabled.

Some larger “entitlement cities” administer their own CDBG programs, de la Toba explained. Other smaller cities are bundled into their county’s program. Generally, housing departments manage the applications. But the application itself might be prepared by a city’s or county’s department of public works, as those departments understand the engineering, planning and budgeting needed to bring a project to completion. Applications must show reliable cost estimates.

On the side of the municipalities, to comply with federal requirements, cities and counties must publish annual reports that state their community development goals. Priorities of one jurisdiction might differ from those of the next. School districts can cross multiple jurisdictional boundaries; that means an application at one campus could involve an entirely different municipal partner with different goals than an application elsewhere in the district. Increasingly, municipal goals in California address affordable housing and solutions for homelessness.

Counties and cities publish CDBG solicitations annually – usually in the fall. An application window of about a month is followed by a vetting by the agency’s staff and executives, who recommend funding awards to their agency’s governing body. CDBG programs are almost always oversubscribed, with demand for the funds exceeding their availability.

Can your project qualify? Does your school have strong partner in its host city or county? For projects that can meet certain requirements, the federal government could contribute to the financial package.

For more information or a free consultation regarding CDBG block grant funding for your district or other revenue generation ideas, please contact Eric Hall at eric@ehanda.com or call 760.602.9352.