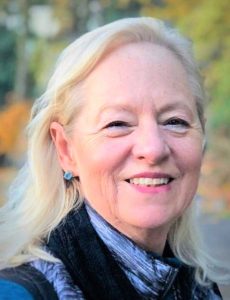 California, is now the fifth largest economy in the world. Our state continues to experience strong economic growth. The economy outlook shows that the economy continues to grow, housing sales are strong, and there is historically low unemployment. The state’s budget reserves are estimated to be $20.5 billion, of which $18 billion is dedicated to the Budget Stabilization Account (also known as the Rainy Day Fund).

The California constitution provides a minimum guarantee to schools and community colleges generally around 40% from the state’s general fund each year as defined in Proposition 98 (1988) through a series of economic conditions that ultimately determine the level of funding in each budget year.

All good news; or is it?

According to the Legislative Analyst Office, the Governor’s budget proposal for 2020-21 allocates a $5.9 billion dollar surplus across several different programs. These program areas total approximately 140 separate proposals. Half of these proposals are one-time spending, $1.6 billion to further increase the state’s reserve level, and $1.4 billion are ongoing. The majority of the proposals cost less than $100 million.

So, if California has such a strong economy with $5.9 billion available in discretionary money, how is it that school districts continue to struggle with managing the multiyear projection?

Simple, and these answers are not new.

Now that the local control funding formula is fully funded, districts rely on cost of living (COLA) adjustments. Beyond these dollars, districts are not guaranteed additional one-time discretionary funding or increases in special education funding beyond COLA adjustments.

The primary drivers to a district budget include: Service to the salary schedule, cost of pension benefits, rising health care premiums, and increased costs for special education.

According to School Services of California, per average daily attendance growth considering new revenues less expenditures for STRS and PERS increases along with step and column for 2020-21 “only cover three-quarters of the costs committed to servicing the salary schedule.”

What does this mean?

New revenues allocated to school districts are not sufficient to cover the basic costs, which fall short by $82 per ADA on the average. Adding to this shortfall is the cost for any new increases in health and welfare, special education, and impact of declining enrollment, if any.

And now there are new challenges due to radical changes to the LCAP template and findings from the State Auditor’s inspection.

The focus of both the template and audit is to provide more transparency, streamline the process, and provide transparent information to all stakeholders. The LCAP template has expenditure tables and there is increasing support to align the Supplemental and Concentration (S&C) budget with reporting. Recommendations by the State Auditor include:

EH&A consultants have developed a structure and implemented this process for school districts, and we look forward to helping your district align the S&C with your budget, actions, and goals.