Billions more for schools; an overview of the 2022–23 Governor’s budget proposals 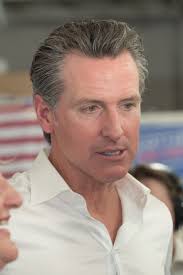 With state revenues continuing to defy projections, schools and community colleges would receive a record $128 billion in funding in 2022-23 under Gov. Gavin Newsom’s revised state budget, which he presented recently. That’s a remarkable $20 billion more than the governor proposed just five months ago and $35 billion, mainly in one-time state funding, above what Legislature passed in the current budget.

The TK-12 budget includes a 10% increase in general funding under the Local Control Funding Formula, which school districts and legislative leaders had made their #1 priority. It would increase to $73.4 billion, according to the Department of Finance.

The surge in funding, producing a total state budget surplus of $97.5 billion, will ease the plight of districts that have been buffeted by chronic absences and staff shortages this year. Addressing superintendents’ biggest worry, Newsom would provide $3.3 billion to compensate districts for fluctuations in attendance caused by the pandemic. However, the summary language excludes non-classroom-based (NCB) schools from the Hold Harmless proposal. Many charters that rely on NCB will be hurt severely by this provision.

Some of the significant proposals that help the state spend below its Gann Limit include increased investments to the State School Facility Program, funding for deferred maintenance, and infrastructure to support the new Universal Meals Program.

The Governor’s Budget included the sale of the remaining $1.4 billion in Proposition 51 bond funds, as well as new General Fund appropriations for K-12 school facilities to the tune of $2.225 billion over two years—$1.3 billion in 2022-23 and $925 million in 2023-24. These monies would support existing facilities projects submitted under the state’s School Facility Program (SFP).